A lady attended one of my Social Selling workshops yesterday as she was keen to learn about how to create a Social Media strategy for her professional services business.

She currently has 519 followers on Twitter, and explained that whilst she tries a bit of Social Media, she feels that she isn’t really hitting the mark and could probably do better.  In short, she was looking for ideas, proven strategies and inspiration.

I noticed that she has posted 2,840 tweets, which are broad mixture of content – uplifting quotations, comments about last night’s TV, pictures of work colleagues and so on.

On the other hand, her Persian cat, whose Twitter account she runs, has 8,351 followers and has tweeted almost 42,000 times!

The account is, not surprisingly – cat related and features cat photos, cat puns, cat jokes, rescue cats, cat-related retweets and #fluffyfursday shout-outs to other cats on Twitter.  Whilst us humans have #followfriday, cat lovers on Twitter take this to a whole new level with a hashtag for every day of the week; #whiskerswednesday seemingly being a favourite.

Which got me thinking; here was a lady who had booked and paid to attend my workshop and who was looking for ideas.  She was highly attentive throughout the day, contributed to all the exercises and even posted a selfie with a colleague who came with her.

On the train home I couldn’t help turning over in my mind the contrast between her two Twitter pages – on the one hand she had an account where not much was happening, yet on the other she had an account which was fun, vibrant, entertaining, highly engaging and focused.  In short, was she a secret Social Media expert and didn’t realise it?  Was the answer to her question about how to use Social Media more effectively sitting right under her nose?

Granted, tweets from a professional services business may not on the surface be quite as inspiring as those from a Persian cat, but they need not necessarily be lacklustre and uninteresting to readers.

Time and time again, posts which are consistently most engaging on Social Media include some of the following:

And really good Twitter accounts often have a razor sharp focus on one particular topic or niche.

Fundamentally, these are characteristics which humans engage with and want to share with others.  They can also be used by any business, but it’s important to have a strategy.

When I work with professional services businesses, I see a tendency to use Social Media ‘because it’s there’ and ‘because someone told them they should or they’ll miss out’.

It’s no wonder that their Social Media activity ends up being ineffective and tame, because “give that a go” will never be a sustainable strategy.

All of us joke that our Facebook streams often seem to include an inevitable stream of cat videos, but that is largely our own fault because we have either watched one previously, liked or shared one or even lingered over one long enough to tell the Facebook algorithm that you’re interested.

Social Media is fundamentally a tool to help people to communicate and engage with each other.  Whilst businesses and brands are keen to highlight the quality of their products and services, professionalism, expertise, value and other fine qualities through Social Media, they should take a step back from that ‘push’ mentality and consider how they might reach out to their target market in ways which engage with them at a human level.

And when they adopt that cat-titude, their Social Media presence will inevitably be a lot more purr-suasive. 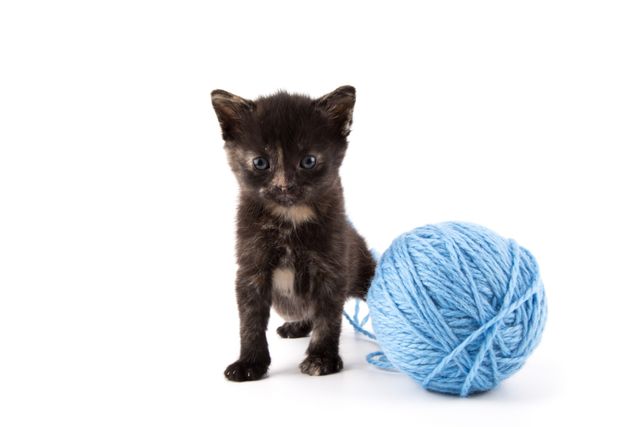 How To Write The Purr-fect Social Media Post In Business https://t.co/uamaDBHLNx

She said something vital is missing from today's Social Media landscape. And she should know... Because she all but invented it
Philip Calvert

Likes Lead to Nothing
Philip Calvert

The Hidden LinkedIn Feature You Need to Know About (...only it's not hidden)
Philip Calvert
Recent posts from Expert To Expert Marketing