What does Bitcoin have to do with content strategy?

The below article about the content marketing lessons learned from the emergence of Bitcoin is pretty intriguing. The author in question makes a point that Bitcoin creator Satoshi Nakamoto gained the trust of a community by being entirely transparent with his/her/their communications (the true identity of Nakamoto remains disputed, hence the ambiguity on the possessive pronoun).

This statement is certainly true of Charlie Lee (creator of Litecoin), who is widely regarded by cryptocurrency enthusiasts as a trustworthy, honest authority on all things crypto. As more of a believer in Litecoin (LTC) myself, I actively follow Charlie, who regularly engages the LTC community on Twitter and Reddit, among other places. Charlie embraces LTC user-generated content within the community and where possible will personally engage with it - sometimes even when it goes against the LTC market's interest. He creates and curates relevant content that demonstrates his expertise, whilst engendering a degree of camaraderie amongst Litecoiners. This not only strengthens his relationship with his immediate LTC community (who are already bought in, literally) - but it also fosters trust with the wider crypto community, who may otherwise be skeptical of him overselling LTC, given his vested interest.

In sum, being honest, transparent, and personal in your content will make winning the trust of your audience a much simpler task. I, for one, think this is true whether you're building a global decentralised currency or selling professional / software services.

Satoshi’s trust and fame in the community wasn’t a product of branding; it was the result of transparency. Trust grew in the Satoshi brand because everything it said showed thinking on the page, sought to explain difficult concepts to laypeople, and took the time to work with those who were struggling to understand. From a content marketing perspective, it would be like the difference between a brand that posts light content pointing users to purchase an advising service and a brand that actively produced deep educational content and interacted with community concerns via social and other direct channels. Be like Satoshi. Be transparent, and aim for trust through content rather than recognizability through branding. 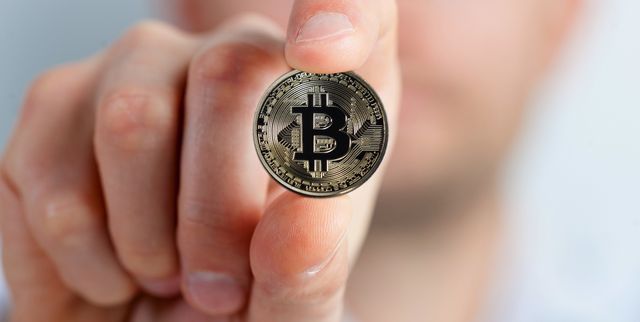 What lessons can financial marketers learn from the rise of Bitcoin? https://t.co/iuh59P9Z7f via @Skyword pic.twitter.com/9U5NmytMlj

Crypto WHAT?! (And bonus: crypto-WHY!) Everything the Story of #Bitcoin Can Teach #Financial Marketers https://t.co/iMqnPrHSUF via @Skyword

Here's a great story, worth its weight in gold... https://t.co/4bDeJiZkaI

The story of #bitcoin isn't just for tech-savvy speculators but as a critical case study for #financial marketers https://t.co/hf9gqCoPYT