A minority of businesses are founded and led by women. Why? And what can we do about it? 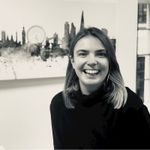 I was privileged to attend the CMS equIP #LeadHers event last night to support female entrepreneurs. The night featured a really interesting discussion around the challenges women-led businesses face and how we can collectively encourage more diversity.

Here are a few of my key takeaways from the evening:

Diversity We need to not only build diversity but also visibly display diversity so that it becomes more normalised. If you build diversity with huge amounts of intent, you will end up finding incredible talent and building much more effective teams.

What Next? We should not be asking "what more can females do to change all this?" Instead we need to look at the barriers and gatekeepers to women's success.  There is enourmous opportunities being missed - do not blame the women change the way investment happens at all levels to make it more equitable.

Finally I wanted to share this quote by Caroline Hughes

A recent report undertaken by the British Business Bank revealed that for every £1 of VC investment in the UK, all-female founder teams receive less than 1p and mixed gender teams 10p. The imbalance between female-led companies and male-led companies is more apparent than ever. This has galvanised us to seek opportunities to support more tech female founders.

Wow, what an event! Thank you to our fantastic panel, my partner in crime @TrademarkEye and to all our guests. So excited to get our #LeadHers campaign up and running. Keep watching this space, this is only the beginning #femalefounders #Entrepreneur #startup https://t.co/etcxkd1YWu

This is excellently written and reiterates why diversity "should be done with huge intent" by @Caz_Lifetise at #leadhers. https://t.co/63ecyMPwNv