Early bloggers tended to keep journals or diaries electronically. For some reason the name didn’t catch on.

2. Blog is a double coined word

Stewart Brand’s magazine Whole Earth Catalogue was ‘the blogosphere long before there was any such thing as a blog’ according to Kevin Kelly, running from 1968-1998. Steve Jobs describes it in these terms: ‘It was sort of like Google in paperback form, 35 years before Google came along. It was idealistic and overflowing with neat tools and great notions’. Of course, with the arrival of internet, it found itself a real successor and closed down.

4. It’s old enough to do most things

This year, the blog turns 21. So it’s old enough to drink, drive and vote in most countries.

With the rise of micro-blogging and image-focused websites, many are quick to call out the death of blogging, but as Meg Houriban (co-founder of Blogger) says ‘The tech will change, the devices will change, but people will still share photos and stories and experiences with one another.’ 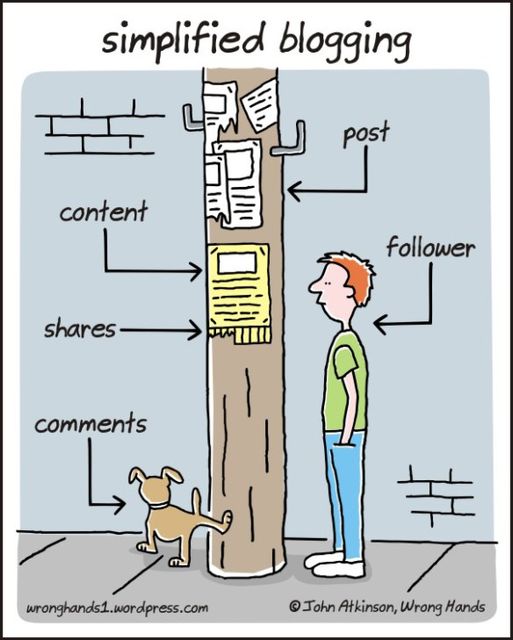 16 of the Most Brilliant Tactics in Blogging History - http://t.co/9jbjlXAi3z pic.twitter.com/Jf3ekbUIP5