The article below is from the FT and it deals with how powerful leaders need to communicate with people better. The section I've quoted makes a brilliant point, when a member of an audience asks a question, they have put themselves in a very exposed position. To try to ignore them or, worse still, to make a joke of their opinion is deeply hurtful.

When sitting at home reading the article, showing empathy, a degree of emotional intelligence seems a rather obvious first step to getting an audience onside. Except, of course, that in the moment, the individual being interrogated is highly exposed as well and, when pushed in a public forum, the immediate instinct can be to push back.

Having the good sense and calm to be bigger than this instinct is absolutely key to persuading people of your point of view, whether that be on a campaign, at an AGM, on social or other digital media or during important and pressurised private meetings like performance reviews.

As Michael Skapinker concludes "When people see the less powerful diminished or swatted away, they know whose side they are on." This is not only true for CEOs and Prime Ministers but for all of us, in a great many of our interactions, everyday.

They need to remember that asking questions requires some courage. This is certainly true of an ordinary employee or voter (let alone one with learning difficulties). But at a company annual meeting, even the most seasoned single-issue campaigner probably feels a flutter of trepidation as they get to their feet. So the leader’s first response to the question should be to thank the questioner. And then, to show that this is more than fake sincerity, the leader should ask their interrogator something about themselves. 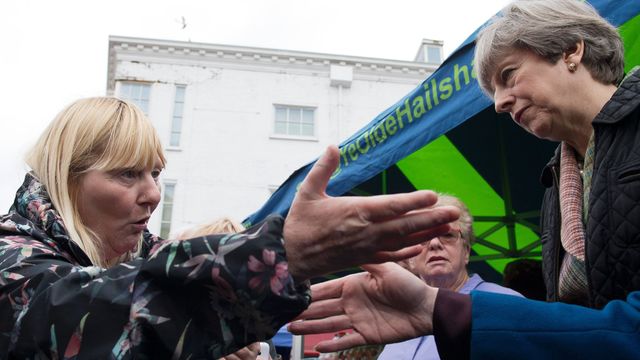 Theresa May, Jamie Dimon and how to answer tough questions https://t.co/tx36EyfhTE