The other night I was on my way home from the Applied Influence Group Christmas party and arrived at Kings Cross to see the sight that strikes fear into rail travellers hearts: DELAYED displayed across every single train on the departures board. A power fault meant that no trains were leaving and there weren't even predicted departure times.

Two members of staff were trying to placate customers who were showing varying levels of frustration. One of them was doing a particularly good job of managing their emotions and the perception that the travellers had of them as staff. So how did she do it?

Even when she didn't know any information she was confident in acknowledging this. In these types of situations people are often tempted to either blame someone else or to stumble through the interaction. She confidently assured people that she didn't know but that she was working on it and would let them know information as soon as she did.

She agreed that the situation wasn't good and thanked people for their patience without appearing condescending. This acknowledged the situation rather than trying to ignore or excuse it. Thanking someone for doing something, even if they aren't doing it particularly well, evokes a reinforcing response. People who weren't really being patient felt that they were and became more patient as a result.

Don't Get Drawn In

In these types of situations there are two types of behavior that are often seen. Some people will adopt a highly critical, sometimes vocally aggressive approach, chastising the other person and blaming them regardless of their responsibility. Others will adopt a pleading response arguing for special treatment for a particular reason.

A common reaction to these two approaches is to adopt the opposite one: a highly critical approach is often met with a pleading response that it's not their fault and someone else is to blame. The special pleading approach is often met by attempts to pacify the other person in the way that you might do with a young child who is arguing they deserve something. Sometimes the approaches will go head to head - a critical approach will be met with an equally critical response, chastising the person for their behaviour. None of these approaches tend to be particularly productive.

What the member of staff at Kings Cross did, was to remain calm and unemotional regardless of the approach taken by the other person. Focusing on what she did and didn't know and dealing with facts and available data while listening to the other person's concerns made it very difficult for the passengers to do anything but match her approach.*

I watched for about 30 minutes while I waited for the situation to resolve itself and her continued use of these three things meant that she came across as an authentic professional trying to do her best for her customers in difficult circumstances.

* - this is a very simplified example of Eric Berne's theory of Transactional Analysis in action. Although developed for psychotherapy, it's a useful framework for managing relationships in a wide variety of circumstances. For an easily digestible explanation of TA "Counselling For Toads" by Robert De Board is highly recommended. 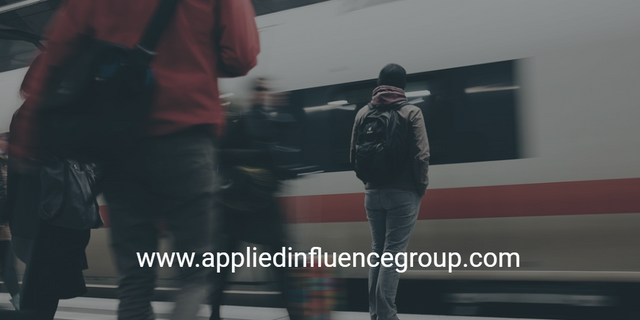 Influencing In Isolation: Practical Advice For Succeeding In A Changing Environment
Dan Connors

What's The DNA Of Your Team?
Dan Connors