I won't ramble on about my delight with the outcome of Saturday's FA Cup final.

It occurred to me that celebrating success in any facet of life is important now more than ever.

Watching the scenes of the Arsenal players and new manager, Mikel Arteta, at the conclusion of Saturday's match was eery viewing in the surrounding empty Wembley Stadium.

The lack of supporters however did nothing to dampen the sense of accomplishment and genuine euphoria throughout the team when Arsenal captain, Aubameyang, lifted the historic trophy. I would say there is a lot which any group/team can learn from sport in this respect.

Already, in the space of less than 48 hours since the final whistle, the media world is keen to focus on what's next - reporting on speculation in the transfer market, what this means for next season (which starts in 6 weeks), and so on. It can be easy to fall into this trap where you've completed a project, met a deadline, or closed a deal, and you turn your attention swiftly to the next big thing.

Take stock and make a deliberate effort to celebrate the wins when they come (big or small). If not for your own sense of achievement, then think about how it will impact the rest of your team.

Don't underestimate the impact of this! People respond to success differently. They will all have journeyed on a different path to reach the same destination, so being empathetic of others is not to be taken for granted.

Watching Emmi Martinez (Arsenal's goalkeeper) break down into tears after the game demonstrates what that moments means to him after spending the last 10 years as a backup player.

Whilst your business might be operating remotely as many are at the moment, think about what you can do to acknowledge success and recognise achievement.

Arteta's delight at the final whistle was obvious as he secured his first major trophy as a manager, having only succeeded Unai Emery in December. 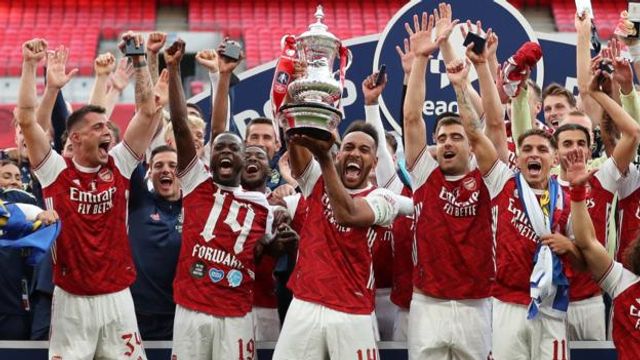 The FA Cup win means so much to Arsenal keeper Emiliano Martinez. 👏

Arsenal and Chelsea are both looking to secure the trophy later today 🏆https://t.co/T8mj28EDHn

How do you Build a Business During a Crisis?
Freddy Dobinson

How to nurture your key contacts with Client Connect
David Kirk, Freddy Dobinson