A Beginners Guide To Trade Secrets 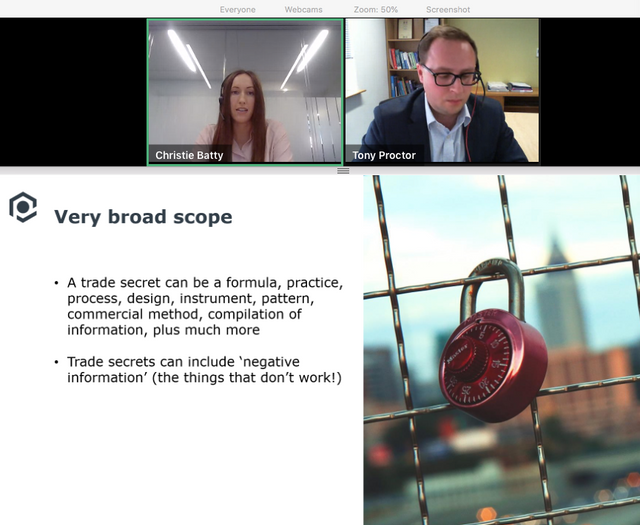 Now I am exactly as the title suggests, a complete beginner and novice when it comes to the world of trade secrets, IP and patents and so I joined a recent webinar hosted by Lexology and Potter Clarkson on the topic from a position of....well nothing!  The expert attorneys Christie Batty and Tony Proctor certainly did a good job of explaining more on the topic in a way that even a layman like me could understand!  I have tried to summarise below but thought it might be helpful first to define what a trade secret or secrets actually are according to Wiki:

Trade secrets are a type of intellectual property that comprise formulas, practices, processes, designs, instruments, patterns, or compilations of information that have inherent economic value because they are not generally known or readily ascertainable by others, and which the owner takes reasonable measures to keep secret

Listed below are some interesting trade secrets although the KFC recipe is now apparently available as the secret was leaked: 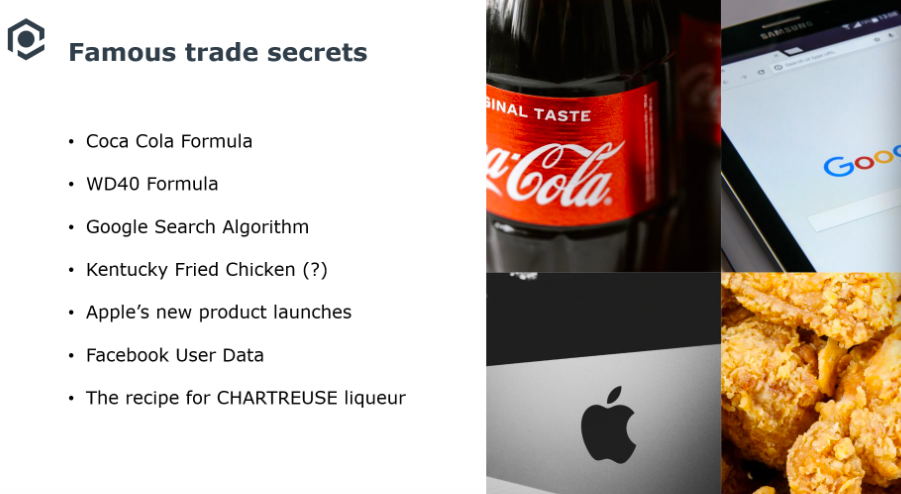 The experts on the panel were quick to point out that trade secrets are coming more to the fore now after years of not really being on the radar mainly due to the following changes that are and have taken place:

Interestingly a survey carried out to 400 execs by Baker Mckenzie in 2017, reported that half felt that their trade secrets were more valuable than IP whilst 31% then went on to conclude that they had no procedures in place to protect ad manage them.

Christie & Tony provided some quick-fire advice as to how trade secrets should and could be managed well within firms and this included:

Potter Clarkson are well-positioned to implement best practice for their clients through their SafeGuard offering.

From my own personal perspective, I now feel like I know a bit more about the ins and outs of the topic and whilst I am good at keeping secrets if I need to, I just don't think I am bright enough to ever be entrusted with a trade one!

A trade secret is a valuable piece of information for an enterprise that is treated as confidential and that gives that enterprise a competitive advantage.

#Intellectualproperty is one of your most valuable assets. You will have protected your #patents, #trademarks & #designs. But what about your #tradesecrets? SafeGuard has been developed to help companies audit, protect & safeguard their trade secrets 👉 https://t.co/Qhybbdvqmz pic.twitter.com/ZkN8SZTwa2