I've been enjoying Violeta Nedkova's tweets and blogs for a while now, so couldn't resist taking a little of her time to pick her brain on social media and start-ups.

Claire Trévien: I’m always intrigued to hear about how people first got involved on social media – which channel was your first, and which one is now your favourite?

Violeta Nedkova: I don't really remember the ones before Facebook and I wasn't active on anything other than chats and forums before that. Come to think of it, I never got facebook either. I see it as a kind of 9gag meets Youtube - just looking at funny things all day and wasting time, but it's necessary to keep track of all of my friends around the world.

So the first social network I got really hooked on was twitter and it's by far my favorite one. Ever since I realized I could connect to like-minded people and spread my message through twitter, I was hooked. It got even better when things started getting "serendipitious" if you will. The more you use twitter, the more contacts and opportunities you get.

That's beyond the common misconception that twitter is only good to follow the news or stalk celebrities. The hardcore fans know better. ;)

CT: You are the co-founder of Amazemeet, a tool which makes meetings more efficient. Was it a particular personal experience with meetings that triggered you into launching it?

VN: Yeah, it usually starts this way for people, but it was not so in my case. Amazemeet was suggested to me by a friend of mine - Mike Sutton - who is also the one who created the Meeting facilitator Canvas and who is now building the app. Basically I'm a huge believer in gut feelings and the moment Mike told me about this, I had a feeling that it would be really helpful to people, and that was before all the research that went into it, which confirmed my feeling.

Furthermore I'm of the mind that more people should create apps and solutions for problems that are really painful to some people, rather than just creating the latest game or chat app, which is not a bad thing, of course, it's just that I'm personally more likely to get involved in a project that solves a big pain, rather than get involved in a vanity app. I suppose this also came into my decision to get involved with the project. A month into it Mike asked me to be a co-founder and I said yes. :)

CT: What key piece of advice would you give to a start-up that’s just taking its first steps?

VN: Market from Day One. Give something for free, get subscribers, engage them, involve them into the building process - do anything to gain fans before the launch. I actually wrote extensively about this in one of my recent articles: Why Startups Fail and How to Build Interest Before the Launch.

But mostly, get social. Social media opens doors for you you never knew existed.

CT: You consistently share great content on Twitter. What I love about it is that it’s not just all business talk, you also give us a peek into your own personal tastes. Have you ever found the blurring between the professional and personal difficult on social media?

VN: Thank you. :) Honestly, it comes naturally now, but I remember a time (barely) that I was struggling to find out what gets liked and re-tweeted and so on. I know a lot of people who struggle with this, too, so I'll put it like this: People don't "buy" from people they don't know. Think about your favorite experts and the social media gurus. The ones I can think about, I know them. I know what they personally like because they bravely tweet it. There's a formula, which I ironically can't remember right now, but it's supposed to govern your social media behavior. For example: 1/3 of the tweets should be helpful content, 1/3 self-promotional, and 1/3 just personal.

I actually do things differently: I tweet more personal and helpful stuff and self-promotional comes in the form of re-tweeting nice things people have said about my products or articles. :)

In any case you have to be brave and show what you like on social media. For some it might be space, for others fashion... dogs, stocks, whatever it is, if you breathe your personality into your social presence, people will trust you and connect to you better. Only then are they willing to buy anything or trust your judgment.

CT: Do you have any predictions for the future of social media?

VN: Oh gosh. Where do I start... When you're on social media you notice the trends, but some trends really take everyone by surprise. I couldn't have predicted Meerkat for example, even though now I see the signs. I think video's the next big thing, but that's already happening.

Is that enough? I don't really enjoy predicting things because I know life is chaotic, and so is everything created by man, which is a very beautiful thing. 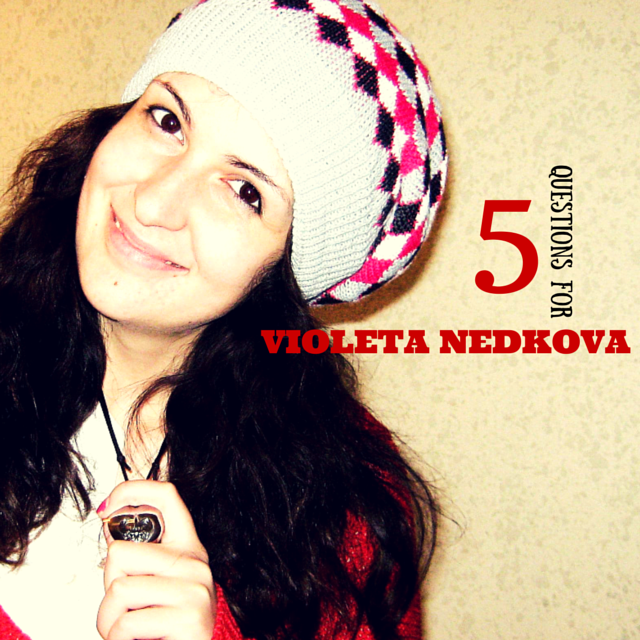