Credit where credit is due. Hats off to Liverpool FC! Through begrudging admiration, I write this eulogy to what Liverpool FC have built in recent years.

As a fan of football & sports, it's almost impossible not to celebrate the unparalleled feat they have achieved in English football: winning the title with a record 7 games to spare. As a team, they are simply operating in a different stratosphere to anything which has preceded them. It's easy to forget that their opponents are paid professionals. Team after team have been dismantled by Liverpool... with the exception of Troy Deeney's mighty Watford!

I wouldn't want to belittle the remarkable achievement and level of mastery that formed this record-beating team, yet I do think that there are lessons to be learned and strategies to take from their management model that can be replicated at a business unit level.

LESSON: Get the vision right, make it clear, include your team in building the plan of how to get there, and constantly keep improving standards to make the goal a reality.

An undeniable institution in English football, it is clear that Liverpool have set their sights on winning the Premier League. The reality of this vision in recent years has certainly assisted the club's ability to keep players bought into the collective vision. In the post Suárez and then Coutinho eras, Liverpool now boast a team of champions who for the most part appear to want to keep getting better and improving at the club. This foundation and level of commitment from the playing squad gives management the luxury of iteratively and incrementally moving the club closer to achieving their goals - not being distracted by the flight-risk of talent being attracted to their competitors.

Tactics play a huge part in the success of any team. You cannot expect 11 players on the pitch (plus those off it) to work in harmony if they do not know what the plan is. If at any point a member of your team has to question what they are doing next, or become clouded by uncertainty of what they should be doing, then you will lead yourself into mass inefficiencies. Liverpool has taken this to the next level wherein their awareness and ability to act instinctively in any given moment, means that they emit an aura of calmness and confidence. This has become infectious within the club and again assisted with their ability to continue performing at the highest level.

LESSON: By setting standards for your people and challenging them to constantly improve, not only will you assist with their personal development, you will keep them more engaged throughout the process.

Once you have the system and you know what is required from the team, you will have a clear idea of two things:

LESSON: You cannot mandate people to have fun with work. What you can instil as a manager is trust and empowerment. Guiding your team to make their own judgements and come to you for council will help them to thrive in the long-run.

I've found a defining characteristic of this Liverpool team is that they are open to taking risks where other teams simply would not. Whilst, of course, there is pressure on them to perform, they have a clear level of physiological safety where all team members are empowered to do what they think is right. And if they get it wrong, watch as the whole team pull together in order to rectify it.

Make no mistake, this was an annihilation. Liverpool didn’t just outrun the rest of the field. From late summer into spring they seemed to be operating to a different set of physical laws, marching the Premier League around in a headlock, ruffling its hair, flicking its ears. 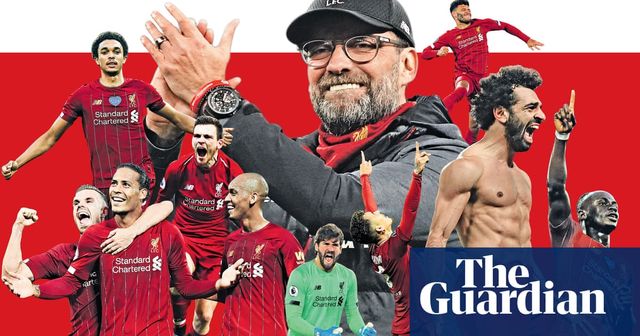 How to Identify your Future Thought Leaders
Freddy Dobinson

Dancing to Success: The Leadership behind the Chicago Bulls
Freddy Dobinson

No events to plan? Thinking about creating a B2B podcast? 3 ideas to get you going...
James Barclay, Freddy Dobinson
Recent posts from Expert To Expert Marketing