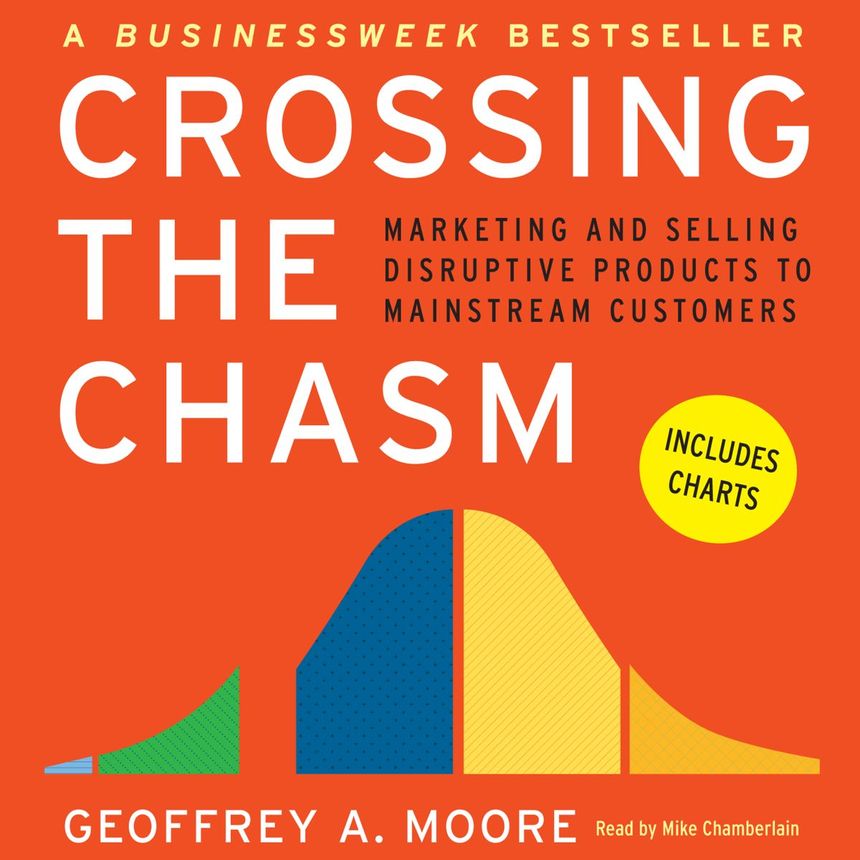 Professional Services firms contain a wide variety individuals with different personalities and skills. When addressing how to deliver digital transformation or other changes, it can be helpful to bear this is mind and build the necessary consensus to make each of the steps easier.

In his book “Crossing the Chasm” Geoffrey A. Moore segments an audience into five groups: Innovators, Early Adopters, Early Majority, Late Majority and Laggards. Moore’s book is about “Marketing and selling disruptive products to mainstream customers” and is mainly about positioning a product or start-up company for success. However, the journey to bring change to a Professional Services firm can easily be looked at through the same lens.

If the project leader within the firm takes the role of the "marketer" in Moore's book, there is a very useful template for delivering change by focusing on one group at a time (as described in Wiki below).

Once a beneficial change is identified, it is important that only a small investment of time, money (and "political capital") is made initially. By introducing a handful of Innovators to try a new product, it can be shown to be technically useful and to deliver results. However, from here it is essential that Early Adopters are now involved if the eventual firm-wide change is to happen.

The key to success lies with the Early Majority. who are pragmatists "Pioneers are people with arrows in their backs". These people like to get involved in new products and projects that are proven to deliver ROI and are perceived as already widely-used within their industry. The Early Majority are not much swayed by the Innovators so it is important that a step by step approach is taken to build consensus.

The steps do not follow each other just as dominos fall however, each segment has its own nuance and should be addressed separately. For the Early Majority, for example, it is essential to show that a project is low-risk, sensible, permanent and that many other firms are already doing "the thing". Referencing the success seen by the participants to-date is important but so is referencing other firms using the same technology as case studies.

As mentioned earlier, it makes sense that the investment at each stage is commensurate with the stage of the process. It would scare the pragmatists if an unproven technology were over-invested in initially, quite likely causing them to recoil and cause the project to fail. Conversely, once there is a consensus that a project is the next pragmatic step forward, it should be positioned as something permanent, available to everyone, with benefits across the firm; a significant investment that the firm is making to help "normal" people like them succeed in their role.

According to Moore, the marketer should focus on one group of customers at a time, using each group as a base for marketing to the next group. The most difficult step is making the transition between visionaries (early adopters) and pragmatists (early majority). This is the chasm that he refers to. If a successful firm can create a bandwagon effect in which enough momentum builds, then the product becomes a de facto standard. That is, by creating a complete solution for one intractable problem in one business vertical before building out services in adjacent verticals and expanding on from there.