In 1997, Jeff Bezos, Amazon Chief Executive, published the original letter to Amazon's shareholders. Whilst at the time Amazon was, by most standards, a successful company, Bezos knew this was just the beginning.

In the latest annual letter, published earlier this week, it was announced that Amazon's Prime service had exceeded 100 million paying subscribers (approx. 1.3% of the global population!).  Even for the e-commerce giant this is no small feat.

What I found interesting from the letter, was that in and amongst all of the remarkable milestones that the company has achieved, Bezos used a significant portion of the letter to address the reasons behind this success.

Quoting "high standards" as playing an instrumental factor in the collective success of over 560,000 Amazonians, Bezos goes on to explain how the highest standards are pervasive across the company. You can really see Bezos uses the announcement as a platform to influence his employees and navigate the Amazon ship onwards.

Going on to reference what appeared to be a random story titled "Perfect Handstands", Bezos uses the analogy of a close friend learning how to perfect an Instagram-worthy handstand as a forewarning of the dedication that is required in order to achieve high standards.

Relating this to a world closer to home for me than learning how to handstand, I often find that this is consistent when it comes to creating content. You cannot expect to master and reap the rewards of content marketing with the cavalier approach "I'll give it a go". As Bezos explains:

"To achieve high standards yourself or as part of a team, you need to form and proactively communicate realistic beliefs about how hard something is going to be"

To establish a process of regularly creating relevant and client-specific insights, it is important that your team involved are committed to the work in order to achieve the outcomes.

"Most people," he said, "think that if they work hard, they should be able to master a handstand in about two weeks. The reality is that it takes about six months of daily practice. If you think you should be able to do it in two weeks, you're just going to end up quitting." Unrealistic beliefs on scope – often hidden and undiscussed – kill high standards. 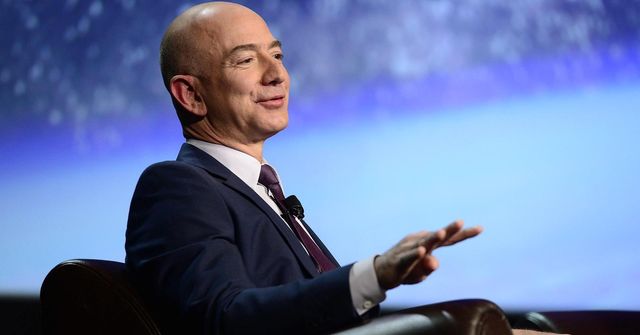 I read a lot of annual letters from CEOs. @WarrenBuffett turned them into an art. @JeffBezos just wrote one of the most engaging I’ve ever seen: https://t.co/TB3ZRdmbZM

For the first time ever @JeffBezos reveals how many people subscribe to Amazon Prime: more than 100 million. https://t.co/loGQiYUm5Y

Amazon has 560,000 employees now, has invested $150 billion in building out its warehouses / tech / delivery infrastructure since 2011 https://t.co/RoyYCQyldW

Very comfortable on my kids’ giant panda doing email and putting final touches on this year’s annual shareholder letter. About to take the kids to see Rampage... pic.twitter.com/OrmMpV4VGj

I am stunned that Jeff Bezos just disclosed the number of Amazon Prime members, a figure the company has refused to reveal for years. (It's 100 million.)