It is that time again and it can only be seen as a positive that these weeks are flying by especially in light of the expected announcement that the lockdown will continue in the UK for at least the next three weeks.

The overwhelmingly good news is that the death and infection rates seem to be stabilising and decreasing which has the knock-on effect of relieving some of the pressure on the incredible NHS and key workers.  Although I doubt it seems like it to them.

Here is my round-up of the best good news stories this week that will hopefully bring a few smiles:

One world together at home concert raises $127 million for coronavirus relief- Including brilliant performances from the likes of Elton John (I am not sure how he got his piano into the garden) the rolling stones (drums made from suitcases), Tom Jones, Stevie Wonder, Eddie Vedder and many more.  The event was organised by Lady Gaga and Global Citizen with proceeds being split between charities and the world health organisation. See article here

Captain Tom set to secure No 1 single- Not content on raising a staggering £27million for the NHS with laps of his garden, Captain Tom has now teamed up with Michael Ball to record his version of 'You'll never walk alone'.  The single has already sold over 38,000 copies in 48 hours.  See article here

Mates create lockdown haircut service with the proceeds going to the NHS and barbers- Business partners Dan and Jeroen have set up a virtual barbers service where you can book into a 20-minute appointment.  The virtual barber talks you through how to cut your hair and the fee is split between a donation to the NHS and the actual barber.  See article here

Hotel scheme will cut rough sleeping after virus- Previously a good news story but research now suggests that up to 90% of rough sleepers have actually been offered to come indoors during the outbreak.  As a result, charities believe that this will have a long term effect of people not wanting to go back onto the streets again.  See article here

PDC home tour: Luke Woodhouse throws nine-dart finish in his house- The professional darts corporation has launched a home tour format and on the second night of the event, Luke Woodhouse hit 177 twice before he hit 147.  His next opponent of the evening said he heard about the feat on the loo.  See article here

Bored kookaburra bird in daily lockdown walk- A woman in Norfolk takes her pet kookaburra out for a daily walk because he is bored.  She is often seen with the bird on her head.  See article here

Dog walkers help isolated owners- Underdog International, a charity that normally helps to rehouse stray and unwanted dogs, has now helped facilitate dog walking for the pets of those that are vulnerable or ill with hundreds of volunteers agreeing to help.  See video here

15-year-old girl transforms her bedroom into an 8-foot climbing structure- A bored teenager has taken just a week to create her very own climbing wall after her local climbing club was forced to shut its doors.  See article here

New York governor issues order allowing couples to be legally married by Zoom- Due to the fact that thousands of couples have been forced to cancel or postpone their dream days, the governor announced that New Yorkers will now be able to obtain licenses remotely as well as being able to perform the ceremonies on video conferencing software.  See article here

It seemed only right to include my latest snapchat photo with my three year old as it sort of pays homage to Lady Ga Ga's great work albeit via Dam Edna.

Have a great week all. 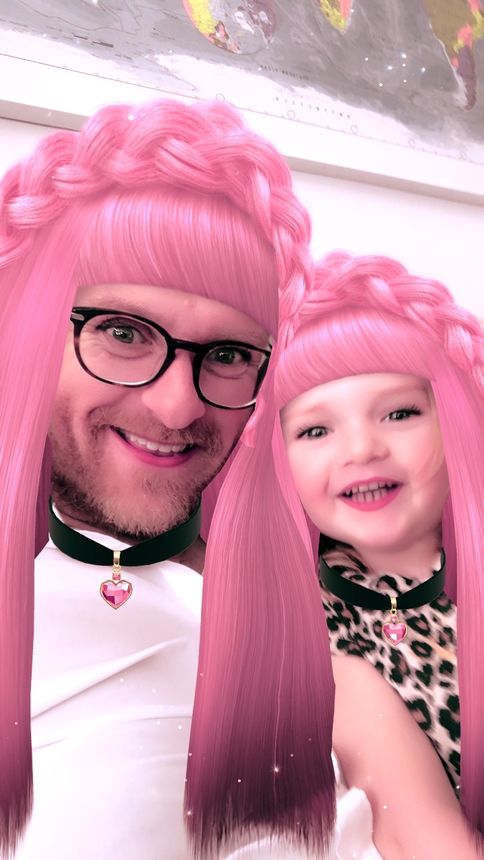 If you want to relive the music, you can click here to stream all of the performances ☺️ https://t.co/PA5AQuvWQK

"It's been an absolute life saver"
When Stephanie was ill she couldn't walk her dog Leo... 😢
...but volunteers at charity @Underdog_Int were able to help 🐶😍 pic.twitter.com/hmMxNRGmVM

Good morning! #BBCBitesizeDaily continues today and every weekday at 9.00am on Red Button and on @BBCiPlayer 🥳

A perfect night for Luke Woodhouse is complete with a 5-2 win over Rowby-John Rodriguez.

What a night for Luke Woodhouse! pic.twitter.com/4q7FYnGtEJ