In B2B marketing, most buyers are experts of one sort of another. They might be a general counsel at a law firm and an expert in the law. They could be an executive looking for an advisor into how to improve their business.

Whatever it is that they do, they know it inside and out and if you want to demonstrate that your firm is the best choice supplier you need to be leading with expertise and trying to speak there language.

Throwback to Nike's 1989 campaign for trainers. It features Samburu people from Northern Kenya wearing the merchandise and saying the trademark Nike "just do it" tagline in the native Samburu language.

Except that's not what the Samburu man is saying in the ad at all.

As nobody on set was an expert in Samburu culture or language, they didn't know what was being said. The direct translation came some months after the campaign aired, courtest of anthropologist Dr. Lee Cronk.

The Samburu man actually said “I don’t want these. Give me big shoes.”

Nike wasn't trying to sell shoes to the Samburu, which is just as well because they hardly got a ringing endorsement from their spokesperson.

The learning for B2B salespeople and marketers is that when you communicate with your clients and prospects, you need to understand the subject, the language and the people you are talking to.

Speaking with the voice of an expert isn't always possible, but demonstrating the expertise of your organisation is and building a relationship is much easier when the experts that buy your products or services can see that your firm speaks their language.

Unfortunately for Nike, according to the New York Times, one person did know what he said. Dr. Lee Cronk, an anthropologist at the University of Cincinnati happened to catch the advert on television and as luck would have it, had spent two years with the Samburu people, learning about their tribe and experiencing their culture. He knew what they had said and as it turned out, the big finale to their advert didn’t say “Just Do It” at all. No, at the climax of their commercial, the tribesman turned to camera, shoes aloft and says, “I don’t want these. Give me big shoes.” 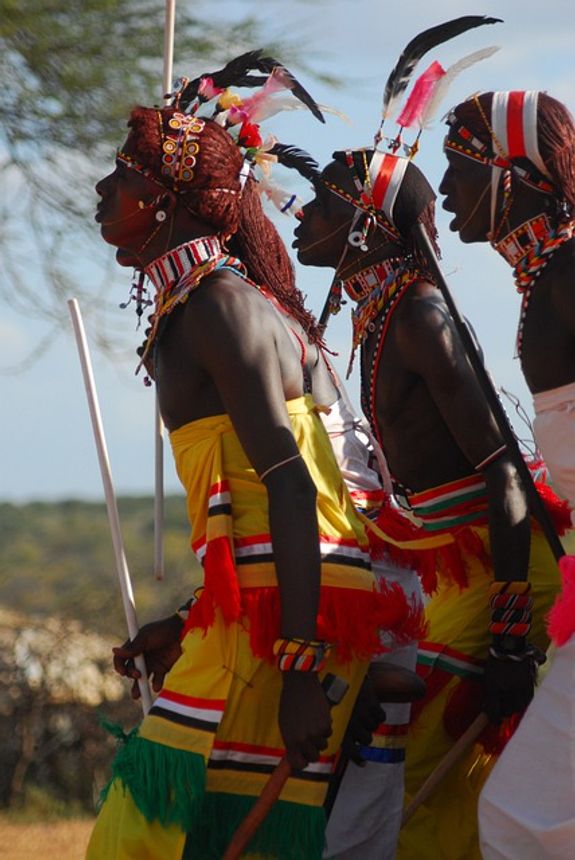