I have to admit, I’ve never really taken to Google Plus, as a marketer or personal user. My main reasons are three-fold:

Yet, I am an Android user, a fan of Chrome, Google Photos, Drive, and many other Google products. For some reason though, Google Plus just doesn’t do it for me. Looks like I’m not alone either, I launched a brief poll on Twitter yesterday, and the overwhelming majority (albeit of a small sample) saw it as irrelevant: 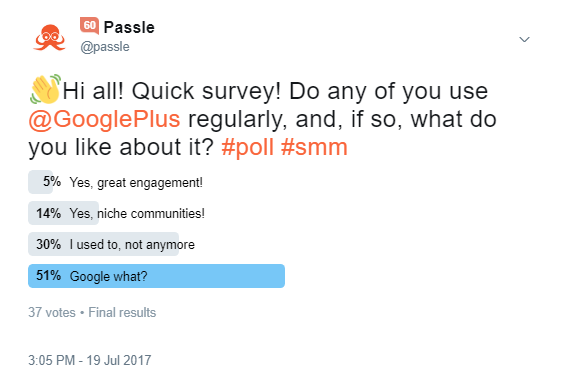 The one value I see in it, which is what makes me keep sharing content to it, is with SEO. That’s the advantage of using a social media network that belongs to the world’s biggest search engine: your posts get indexed by Google. So I have linked our account with Buffer and keep up a steady queue of updates to it, but without expanding more effort on it - job done, right?

So I thought Google Plus was pretty dead and only good for sharing automated posts to. That was until we did some research into some of the UK’s top software companies, and saw that some of them are not only still using Google Plus, but getting plenty of engagement there.

Top of the leaderboard is SAP who, with some 39,000 followers, have the largest following of the companies we looked into. In fact, they own several pages, including one for developers, and one for SAP SuccessFactors. Interestingly, SAP wrote a post back in 2014 about Google Plus in which they asked their network (on Google Plus of course) what they loved about it. Here are some of the conclusions that came out:

Hot on the tail of SAP is Blackboard Inc, for example, who have 35,000 followers on Google Plus. Their only social network with a larger following than than is its Twitter account (37,000). Here are two snapshots of their two most recent posts on each network: 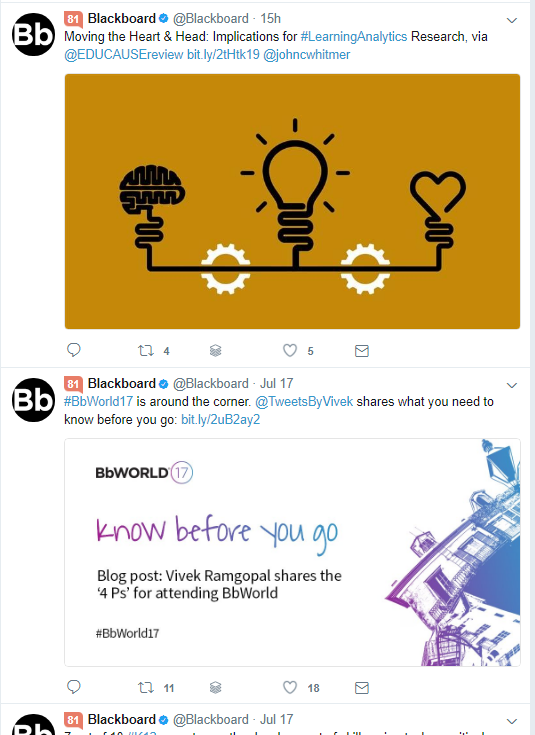 As you can see, they've shared the same piece of research on both networks, with a small adaptation on the latter to make it more Twitter friendly (hashtags, tags etc). Both posts are getting a decent amount of engagement (shares/retweets, likes/pluses), which, where Twitter is concerned, all seem to be from real people and organizations (it's not possible to see this information on Google Plus).

In both cases Blackboard is sharing some research that will interest a pretty niche audience - it's not the kind of stuff you're likely to geek out over on Facebook or Instagram, but it evidently works on those networks. Moreover, the fact that they're not attracting robots on Twitter is telling too: the bots aren't interested in their content, it's not mainstream enough!

In a Mashable article earlier this year, Karissa Bell pointed out that niche communities are indeed the life force of Google Plus, citing among its thriving ones: "The Art of Bread (for bread makers and lovers), Board Games (for board game enthusiasts) and Toy Photographers (primarily close-up shots of Lego men and other tiny toys) make up some of the most engaged communities".

Very specific communities then, are the lifeblood of Google Plus, and while many have fallen into disrepair, some continue to be active. See for example, the Z3/Z3C Concept Enthusiasts group, which used to be managed by Sony until they discontinued the phone, but still has an, erm, enthusiastic following.

So while you might still not want to expand too much energy into Google Plus there is evidently still value in using it to share content, particularly if it's niche.

We are currently seeing a decline in the value of LinkedIn groups (not helped by the new design hiding them, or the shutting down of the API), perhaps it's time to migrate to Google Plus communities and see if you can find 'your' people there for a picnic.... 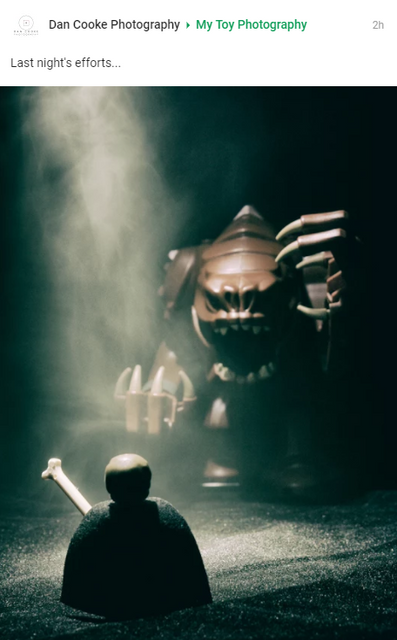 #GooglePlus is an effective #SocialMedia tool that will improve your click-through rates & much more, read our blog https://t.co/ikgTnyXQGl pic.twitter.com/nS90A2GKCh

Why You Should Stop Thinking Google+ Is Dead: https://t.co/C6ggmQR70V #GooglePlus #SMM #SocialMedia