A common struggle, particularly if you’ve just started to blog, is ‘what do I blog about?’ You can have the best strategy, the best intentions, but sometimes the mind just isn’t willing to give you an angle for your posts.

I have committed myself to creating three posts a week – which I have done now for almost three years (with a few holiday breaks of course), and I can promise you that writing frequently only inspires you to write more frequently. Inspiration is a bottomless pit if you know where to look.

(and, as I've argued elsewhere, quantity leads to quality).

In that spirit, I thought it might be helpful if I showed the genesis of the three posts I created in this last week.

Exhibit A: What do *NSYNC and ABM have in common?

This blog has multiple origins, and isn’t really typical of the content I tend to create.

Inspiration 1: Alex Low’s Social Selling Rap in which he turned Vanilla Ice’s lyrics into an ode to social selling. I confess I did spend some time singing along to the new lyrics.

Inspiration 2: Quuu’s playlist that week was themed around ‘school disco’ and featured *NSYNC’s ‘It’s Gonna Be Me’. I listened to it while reading up on ABM and it struck me that there were correlations there.

Inspiration 3: Account-Based Marketing is an increasingly large part of our strategy and we are planning various events and projects around it, so it was running around my brain anyway.

Realization: Drafted some terrible alternative lyrics and threatened my housemate to record a pastiche video of it. Looked into voice modifiers that could make me sound like a boyband. Abandoned idea eventually. Decided to go for a faux-academic tone and pretentiously analyse *NSYNC’s video into 5 acts, as if it were a classical play.

Time spent: Perhaps my most time-consuming blog of that week because I had to create each GIF myself (bar one) – which isn’t difficult thanks to tools like EzGIF and Awesome Screenshot’s screen recorder – but just a tiny bit fiddly to get them to the right size (under 3MB). I didn’t time myself but I’d say I probably spent 1-3 hours on it, interrupted by other work and tasks.

Exhibit B: Bringing your whole self to work: 3 inspiring stories of creatives who make it work 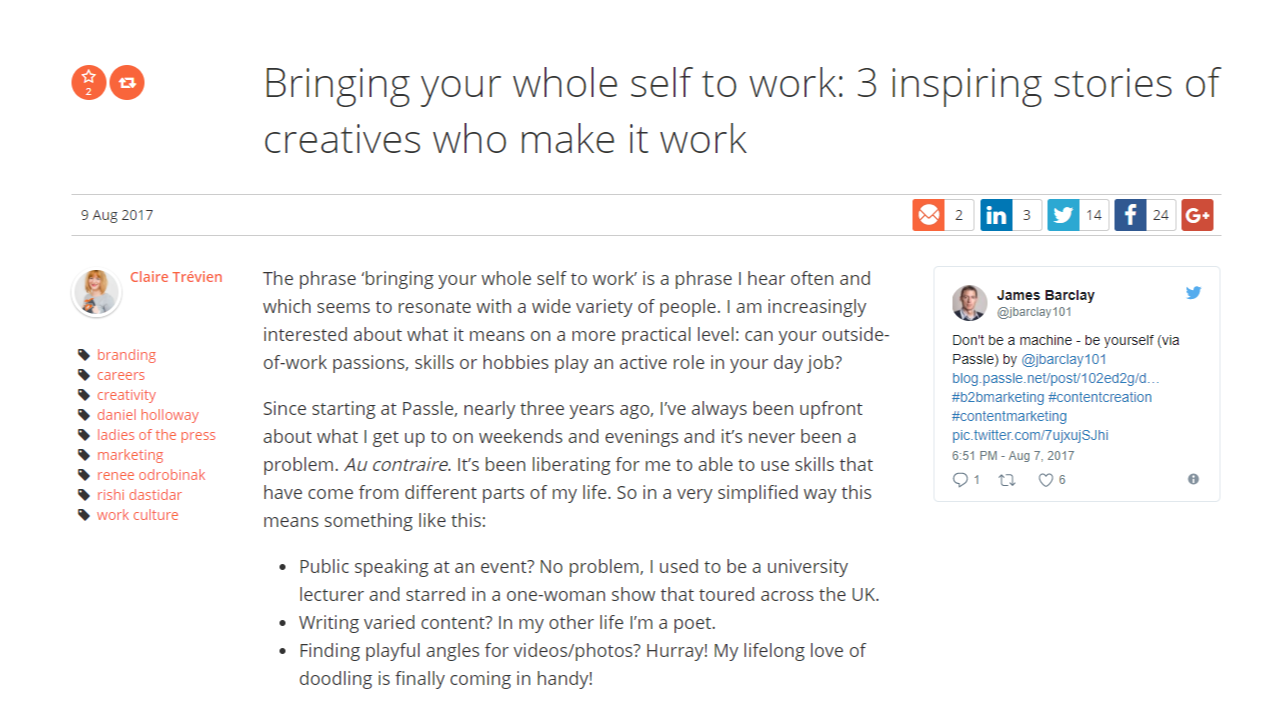 Inspiration 1: This post had been brewing in my mind for some time. I first heard the expression from Patrick Towell at Golant Media Ventures back when we met in March 2016.

Inspiration 2: I was then reminded of the phrase when I shared this great post by Doug Mackay to my LinkedIn, which garnered quite a few likes and a positive discussion on the topic. 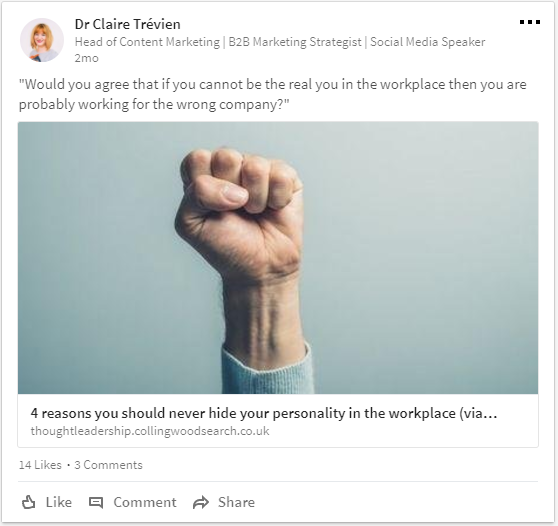 Inspiration 3: I found this great post on Buffer’s always excellent blog, which talked about wholeness. While I enjoyed it I felt it didn’t cover the aspect I was interested in reading about: namely what your ‘outside of work’ skills, hobbies, passions, etc can bring to your ‘day job'. I discussed it on Quuu’s slack which made me want to write about it.

Execution: I have a lot of creative friends who don’t always do the jobs you’d expect, so I put out a Facebook call and got all sorts of brilliant responses from it. I emailed those who seemed to fit the bill, and published three of them. I quickly decided on the format of Official Title, Other Life, How do you bring your other life into your day job as a way of curating the answers.

Time spent: Not very long – you could say the gestation period was long, but once I put a call out and told people what I was looking for, the piece was very quick to put together. Maybe an hour altogether spread out over 2 days.

Inspiration 1: I had bookmarked this hilarious post on the 15 most over-used stock photos for a few days and knew I wanted to Passle it at some point. I think I stumbled upon it in my LinkedIn feed.

Inspiration 2: Freddy’s post on Best tools to find relevant images for your content is one of our highest performers, so I thought an opportunity to share it again would be good

Execution: I Passled the post on over-used stock photos, decided to share an example of a company doing things right (i.e using images in interesting ways, that make them stand out rather than blend in), and then include a mini-listicle of three posts with much longer lists. A meta list, if you will.

As you can see, no post arrived fresh in my mind without some kind of context – their origins stem from discussions, jokes, and pieces that I’ve read.

If you want to find inspiration, and blog regularly the secret then is to:

Go forth and good luck! 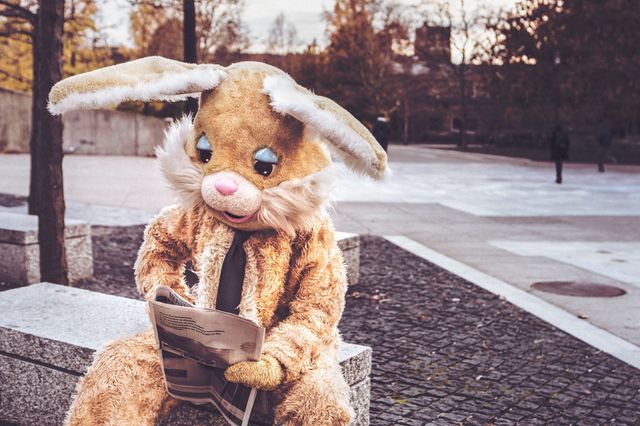